Last Sunday we spent the day in the at St Aidan's and then Fairburn. Another good day weather wise though the rain had left things muddy and still flooded in places. But we're used to that! 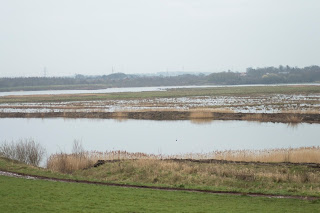 At St Aidan's there'd been Whimbrels spotted but we dipped on those however my husband did find a Black-tailed Godwit hiding behind a couple of Mallards, my first one in a while. 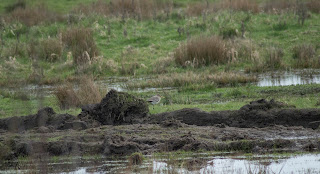 We could hear Bitterns booming all around, some seemed really close but of course we didn't see any sign of any. We did see lots of Reed Bunting, Gadwall, Gulls, Pochard, Lapwing, Little & Great Crested Grebe amongst others. 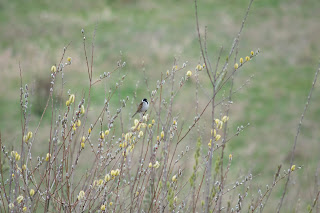 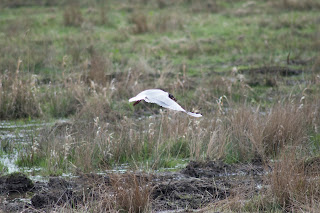 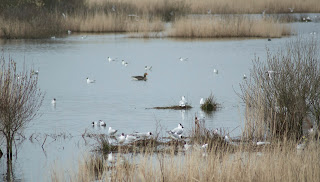 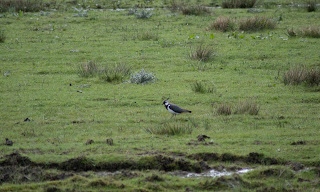 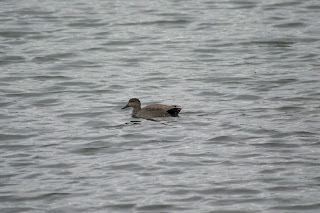 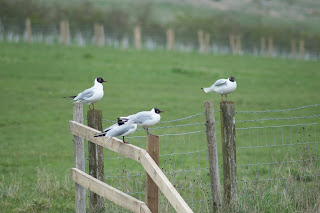 Chiffchaff where calling too. Overhead we saw Buzzard and Kestrel and up in the trees on the hillside a Green Woodpecker. A Hare ran up the hill and there were quite a few geese on it. Around the paths lots of Meadow Pipit plus Skylarks and a Wheatear. 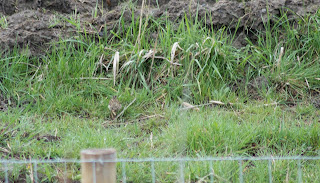 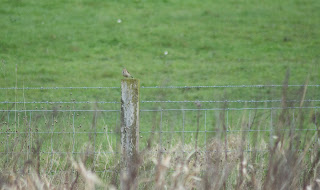 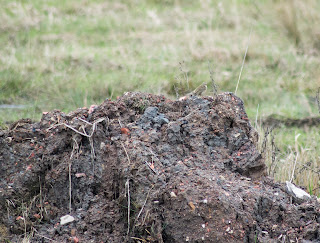 At Fairburn the sight from the Kingfisher screen.......a Heron in a tree! 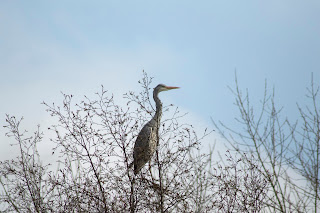 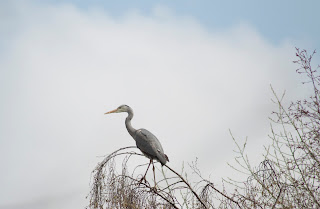 Instead of going around the coal tips we walked down the lake trail instead, only as far as the Bob Dickens hide though. We spotted a pair of Blackcaps in the trees and again could hear Chiffchaff all around.

From the hide we saw several Great Crested Grebe, Gulls, Gadwall and a few Mallard. 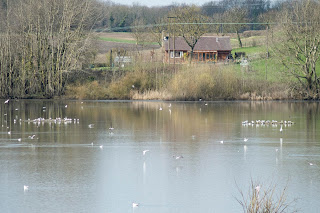 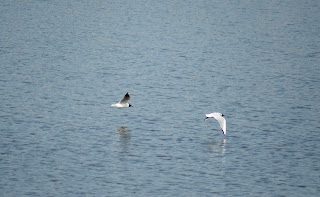 The sun was out by now and off to the side of the hide a couple of Brimstone butterflies were flying around.  They were too quick for the camera though, so was this Ladybird that was disappearing round the back of the stem. 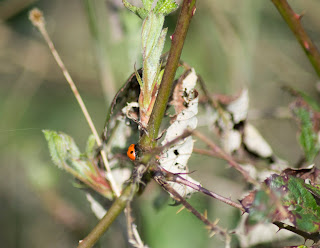 This Chiffchaff was singing at the very top of the tree by the visitors centre. 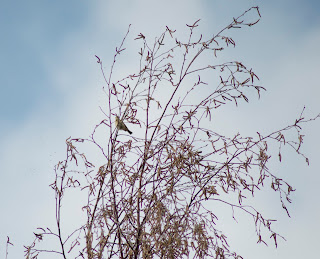 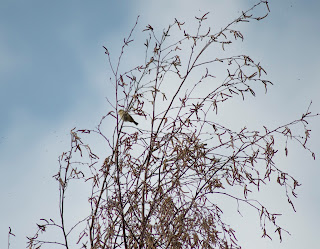 It was t-shirt weather by the time we were leaving.....finally a hint of spring, maybe even summer! 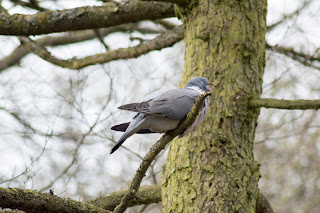