After we left Blacktoft we decided to call into North Cave Wetlands, we weren't quite ready to go home yet. 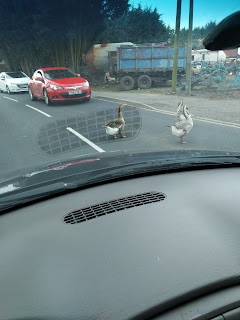 The wetlands were full of birds, lots of Gulls following a tractor around the field at the entrance, Greylag Geese honking as we got out of the car. 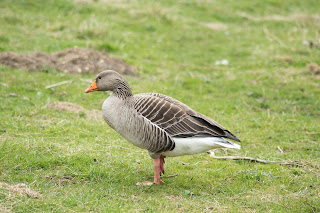 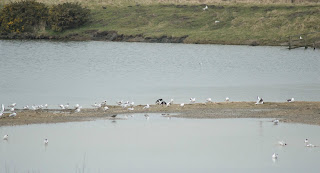 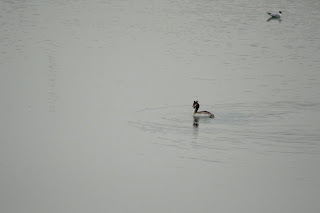 In fact the Black-headed Gulls were everywhere, all over the reserve, now and again they were spooked, by what we couldn't tell..... 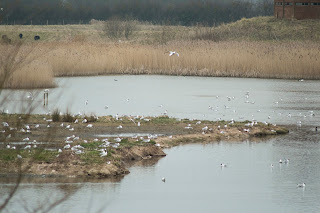 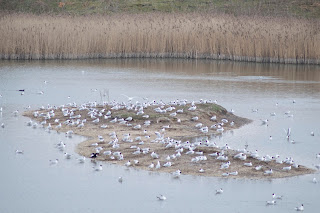 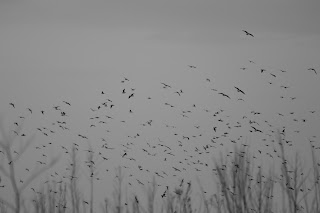 .....and in the middle of them all a pair of Mediterranean Gulls 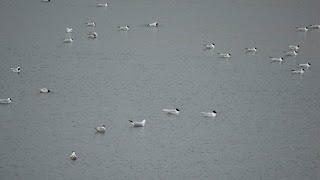 On the reedbed lake we saw Shelduck and across on the bank a pair of Curlews. A Reed Bunting settled on a nearby branch. 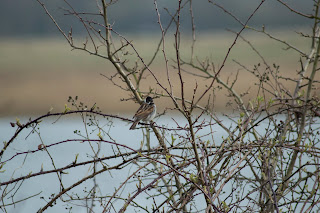 It was pushing five by now and we decided to leave to make a little detour on the way home. My husband saw a Barn Owl whilst out with work a couple of weeks back so we headed off to see if we could spot anything. I thought we'd lucked out and we had turned around to head home and coming down the road way ahead of us an owl!! It was too far for anything but blurry shots but it flew down the road and over a hedge. We pulled up to look but it had gone, instead we took a few minutes to watch Partridge and hares in a field and listen to Skylarks. A beautiful moment. 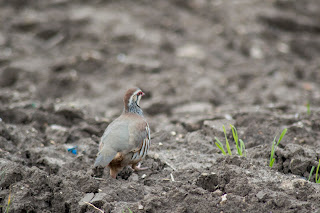 Finally back home and the first bat of the year was flying about the yard opposite. A good end to quite a fantastic day!
Posted by Pam at 20:30