We spent a couple of hours at Fairburn on Sunday afternoon, right away spotting a couple of Red-legged Partridge in the fields nearby. 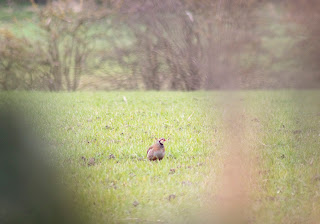 The feeders around the reserve were busy with the usual birds - Tree Sparrows, Chaffinch, Greenfinch, Goldfinch, Tits (though we missed Willow), Dunnock, Mallard, Pheasant, Robin and a Nuthatch too. 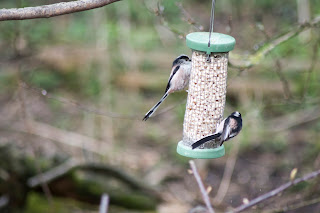 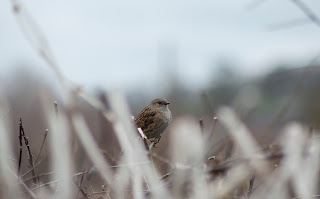 I'd read about two Spoonbills being seen at the reserve so we headed up to the Coal Tips trail to see if we could spot them. On the water we saw Common and Black-headed Gulls, Shoveler, Greylag Goose, Coot, Moorhen, Gadwall, Tufted Duck, Little and Great Crested Grebe. 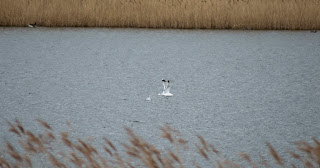 We head a Bittern booming in two different places at the far end of the trail, an amazing sound, one of them sounded quite close and I scanned the reeds a while but saw nothing. We also spent a while scanning the trees down on the moat for the Spoonbills and had a moment where we thought we'd seen one but it was a Little Egret, we did see plenty of Cormorants and Herons. We did found out the Spoonbills hadn't been seen all day. In a field off to the side a Buzzard flew across and we saw one again as we were heading down off the Tips. 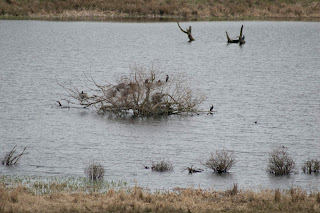 As we stood at the top a Kestrel flew up and hunted quite close by initially almost at head height, such a beautiful sight. 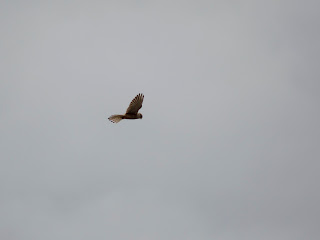 By the Kingfisher viewing point I head my first Chiffchaff of the year, no Kingfishers this time though we did see a fish jump down the stream!

The wind was bitter walking around so we finished off with a hot drink in the visitors centre and spoke to one of the volunteers we'd seen on the trail before taking the scenic route home. 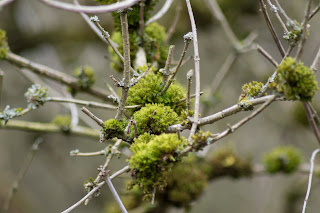 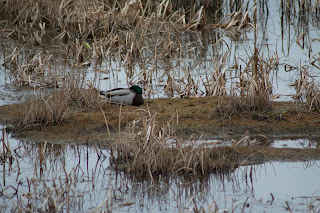 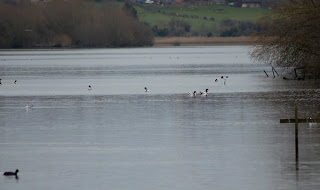