Up early on Sunday for a walk around the park before it got too busy. A Goosander was on the main lake at Golden Acre along with Mallard,Tufted Duck, Moorhen, Coot and the stroppy farmyard goose that was pecking shoes last time. 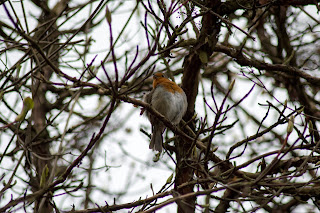 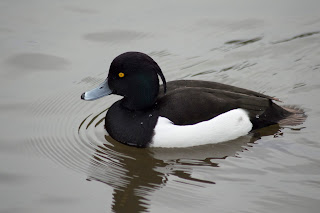 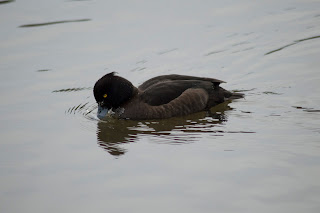 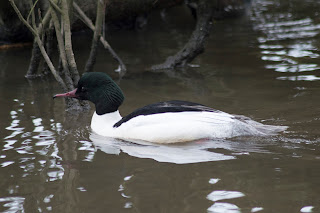 We could hear Chiffchaff, Blue Tits, Dunnocks and Robins, there were a few Nuthatch around too. 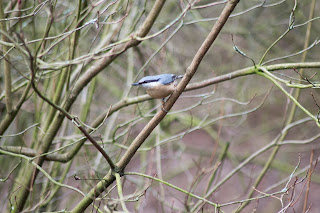 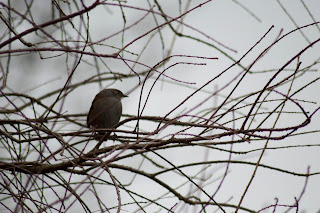 This American skunk cabbage grows around the edge of the water and I quite like it, it's managed so it doesn't spread as it's an invasive species. 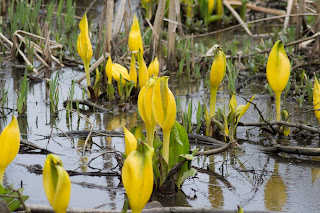 Onto Adel Dam and we saw more Nuthatches. At the first hide we chatted to a guy already in there, we the first people he'd seen so far this morning. A couple of Mandarin were around with the usual small birds at the feeders. 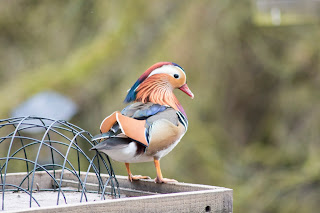 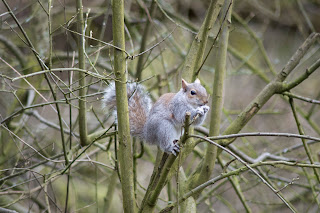 From the lake hide we saw quite a few Greylag Geese, Teal,Little Grebe, more Mandarins and overhead a Red Kite and a couple of Buzzards 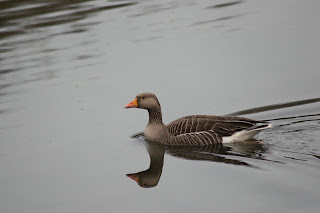 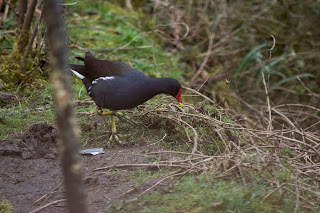 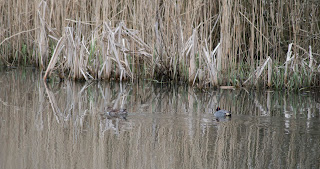 At the side of the hide where the feeders are a Reed Bunting flew in, i've not seen one here before. 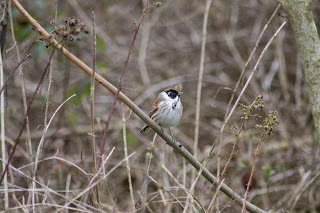 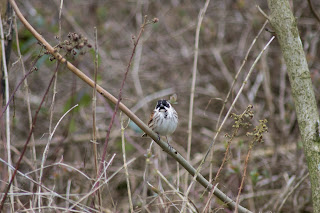 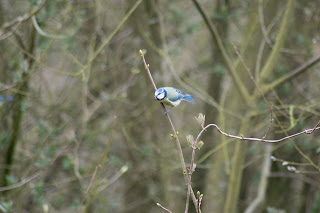 We carried on and walked through the woods stopping for a while to watch a Treecreeper fly around the trees. Further along the path a bird flew up out of the undergrowth - a Woodcock! Then a few minutes later another, again a new bird for me here and a bit of a surprise....although probably more so for the poor birds! 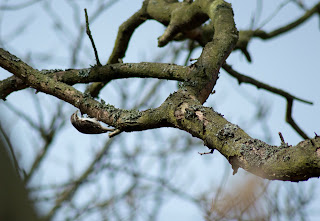