On Monday we made our yearly visit to Bolton Abbey (we always plan on going again but there's so many places we want to visit elsewhere!). We got up there before 9, hoping to avoid a lot of the bank holiday crowds. By Barden Bridge we saw Greylag Geese with their young, Grey Wagtails on the river and Blue Tits in the trees. 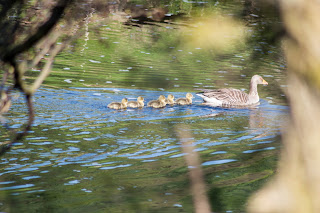 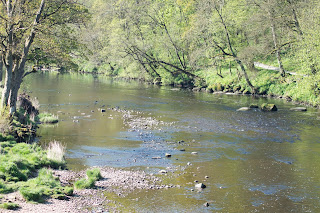 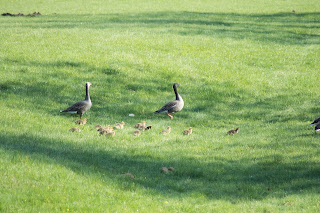 Walking through the woods by the Bridge was lovely and peaceful.....peaceful as in barely a peep out of any birds bar a Great Tit! The river though had more Geese, our first Dipper of the day and several Mallard with their young. A few Sand Martins were flying over the banks. A little further along I heard a soft bird call and saw a Willow Warbler right above our heads, mostly preening but occasionally singing quietly. 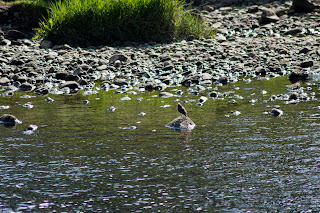 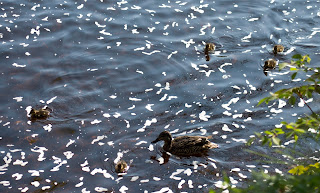 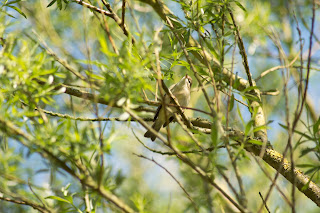 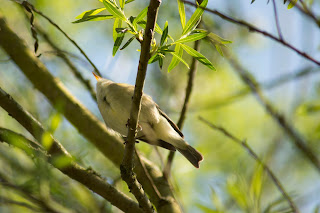 We crossed over the bridge so we could walk up through the Strid Woods, stopping to watch a couple of Dippers fly backwards and forwards up the river. 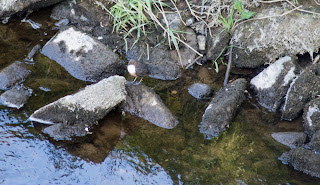 As we went into the woods we spoke to a gentleman there taking photos, he pointed out a Redstart and mentioned he'd seen a few Pied Flycatchers, a couple were flying around the nearby trees. They were showing well and we stopped a while to watch them flying around,  my daughter spotted a Mandarin asleep on a rock down in the river. Another was perched in a tree a little further in the woods. 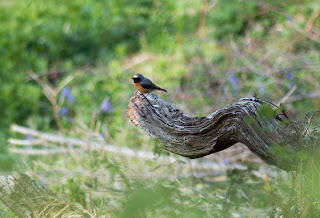 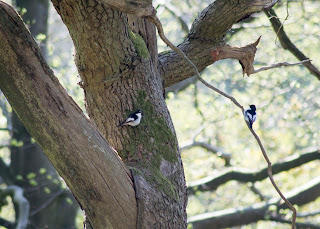 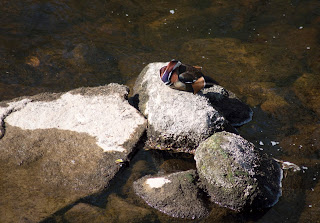 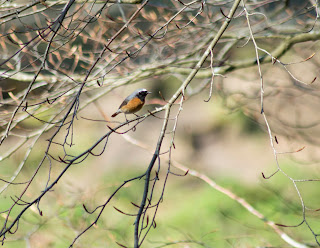 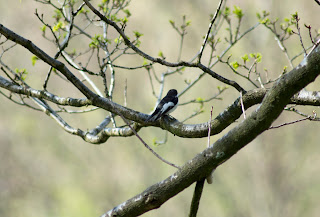 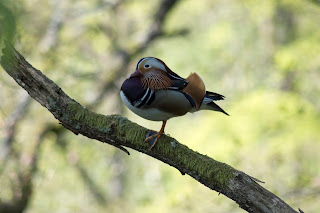 A Pied Flycatcher was singing just by the hut at the top of the woods, we sat for a bit here and watched all the birds fly in for the seed on the path and rocks - Chaffinch, Coal, Great, Blue Tits, Nuthatch, Mallard, Pheasant and in the tree beyond a GS Woodpecker. A Brimstone butterfly was flying up and down the banking. 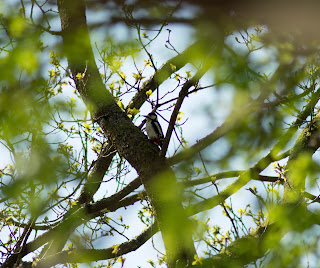 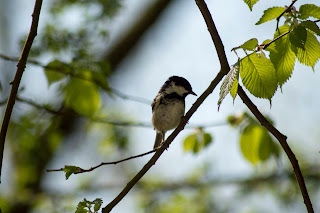 The woods were full of the smell of Wild Garlic and there were lots of flowers out in the sun, it was a beautiful day, though I was pleased most of the walk was in the shade! A lot of butterflies were flying around - Peacock, Small Tortoiseshell, Green-veined White, Orange Tip and I think both Large and Small White. 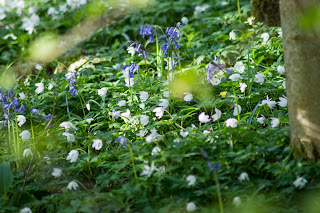 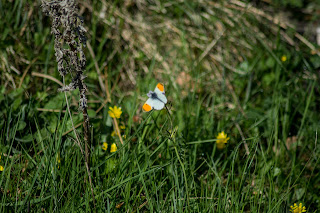 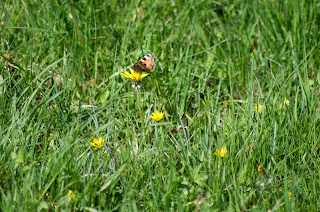 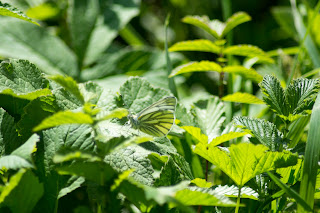 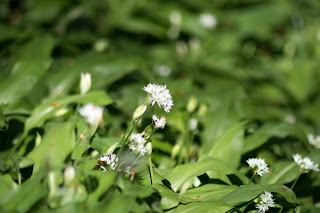 By the Pavillion a female Goosander flew down the river. We stopped for a drink and ice creams, it was late morning by now and very busy, though as we carried on our walk towards the Strid itself there wasn't quite as many people.


We finally saw our first Common Sandpiper of day just past the Strid and another two further along. There were more Mallards and chicks hiding among the rocks too. We couldn't resist stopping to dip our (very hot) feet in the river at a quiet spot away from any ducks (don't get me started on the numerous dogs chasing ducks and their chicks in the water - one guy even encouraging his dog, luckily we didn't see any being actually caught but i'm sure the chase was stressful enough!). Across the bank my husband saw a rabbit hiding in the grass. 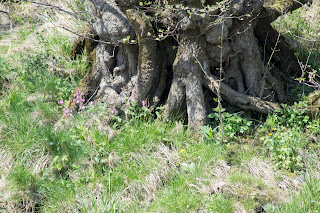 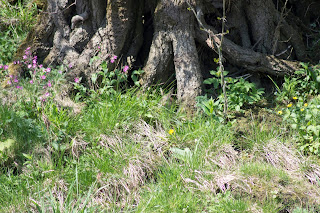 Back along towards Barden Bridge a Willow Warbler (the same one as this morning?) was picking up bits of twigs etc off the path, it was almost oblivious to us being there and was probably some of the best views i've had of one, in fact I don't think i've ever seen one on the floor before! Very nice couple of minutes before it flew off with it's beak full. 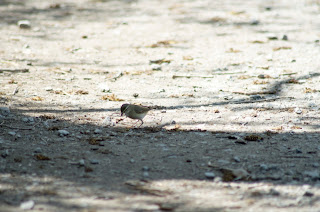 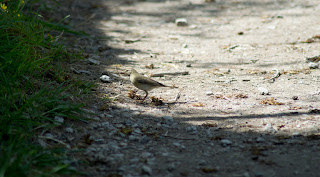 Not long after that we were back at the car and cooling down, thank fully we'd parked under a tree so it wasn't too hot in the car. We took the scenic route home seeing Pipits, Curlews, Lapwings, Oystercatchers and Red-legged Partridges as we drove. 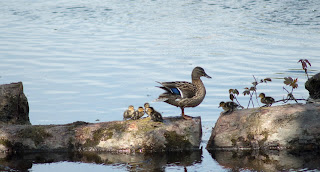