On the way back from Old Moor my husband spotted a large pond at the side of the road so we stopped for a look. According to a sign on the board it was called Ferrymoor Flash. Just as we got out of the car he saw a pair of  Kestrel fly over, I managed to miss them though. 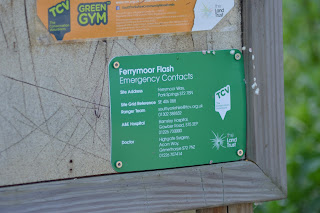 Straight off a flock of birds swam up to the edge, clearly used to being fed, in fact some families were feeding them further along. Some of the ducks were not native, two beautiful black/purple/green ducks followed us around, they got out at one point and reminded me of Indian Runner Ducks? 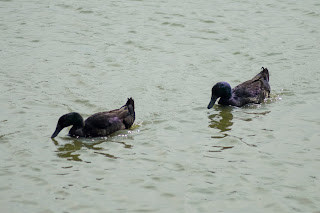 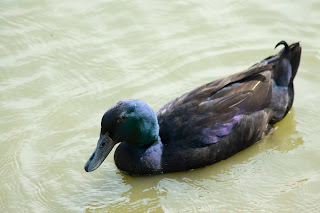 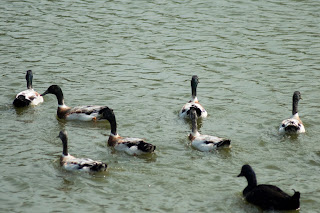 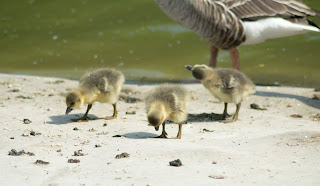 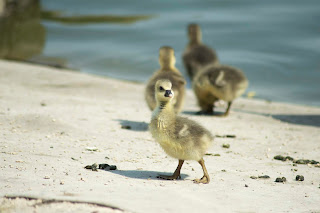 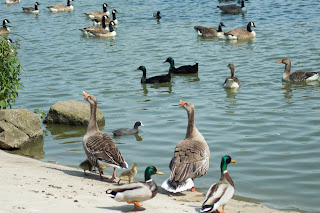 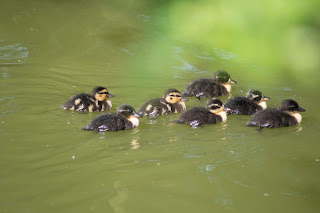 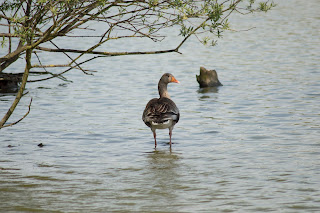 In the trees around the water Reed Bunting and Long-tailed Tits. 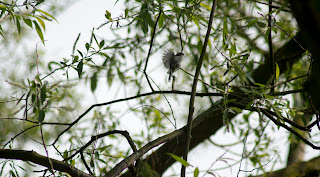 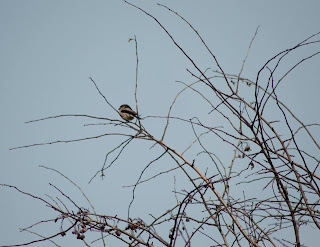 The grass by the path was full of Daisies. 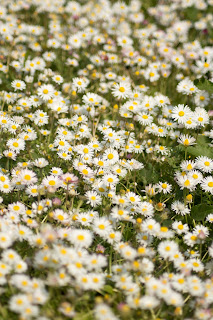 We didn't stop long but after checking it out online later, it looks like it links up to Cudworth Common so it'll be worth going back for another look. The sites are looked after by The Conservation Volunteers.
Posted by Pam at 09:29