I decided to take part in ebirds Global Big Day again this year. Again it was by public transport, but this year Rodley Nature Reserve instead of Golden Acre.

I started off doing a garden list before we left the house, only 5 species, clearly the birds knew what I was up to.......

My daughter and I set off and we were at Rodley by 9.30. It was a glorious day, lots of sunshine and blue sky. A Chiffchaff greeted us as we walked the road into the reserve, some of the banking had a few Bluebells scattered about and at the bottom my daughter spotted a Whitethroat flying around. It landed briefly in the trees. 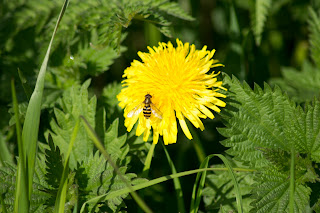 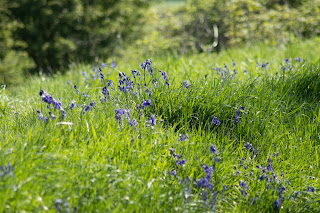 From the hides/screens we saw Canada Geese, Cormorant, Little and Great Crested Grebe, Gadwall, Mallard and overhead a large group of Sand Martins, though we didn't see them flying at the wall that's set up for them. 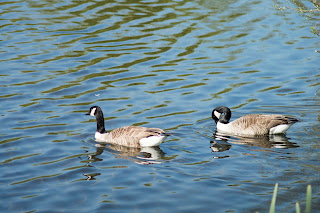 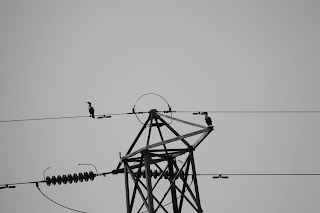 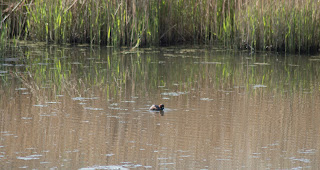 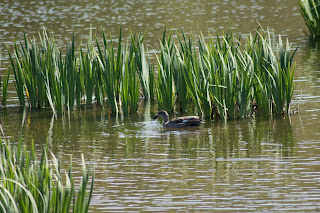 The sun brought out quite a lot of butterflies and along the willow path (and elsewhere) we saw Orange-tip, Small Tortoiseshell, Peacock, Speckled Wood, Large and Small Whites. We sat a while here watching them fly by and watching Great/Blue Tits and Dunnocks in the trees. 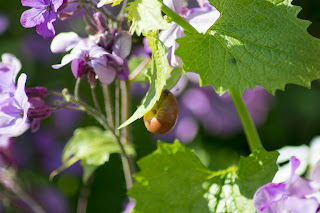 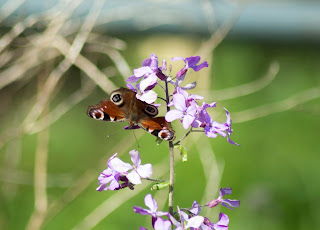 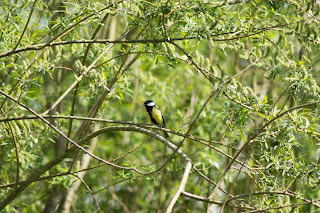 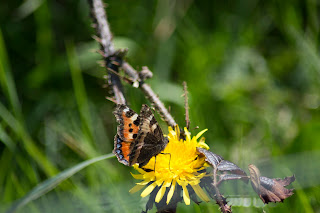 A Moorhen was chasing a Coot around from the Willow Path hide and they disturbed a sleeping Oystercatcher. 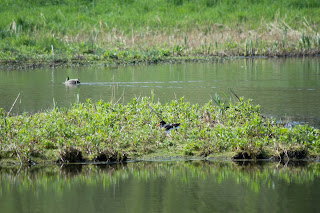 We could hear around the reedbeds both Sedge and Reed Warblers, I caught a brief glimpse of a Reed Warbler and Reed Buntings were flying around too. 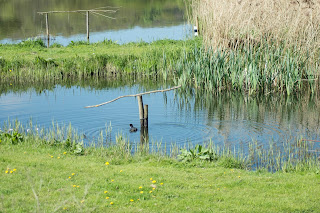 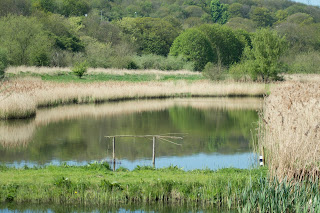 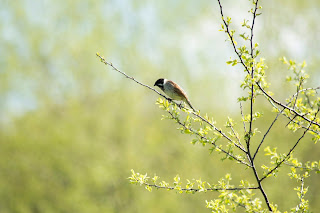 There were quite a lot of Crows and Magpies around Tim's Field. 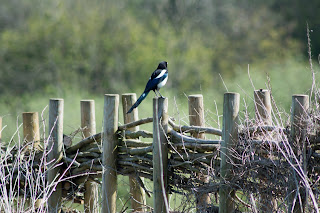 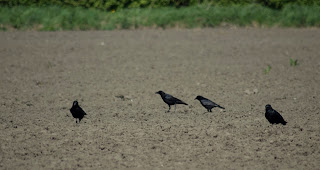 The dragonfly ponds were full of tadpoles and snails! Great Tits, Linnet and Goldfinch were flying around the trees there. 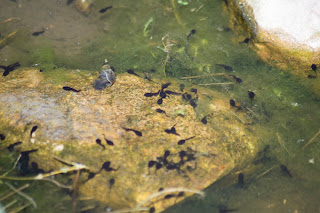 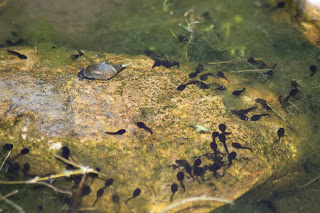 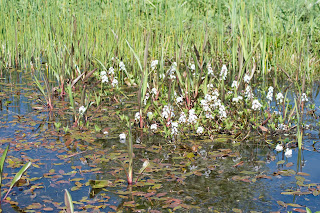 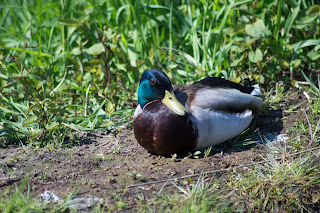 Stopping for some lunch and a drink we stayed in the visitor centre as the sun was a bit too hot for a picnic table without any shade!

Afterwards we walked around the John Ackroyd meadow, a couple of Swallows were flying around, a Whitethroat was singing in the trees and a Blackcap flew in front of us. The viewing screen part way round was cordoned off due to Blackbirds nesting. 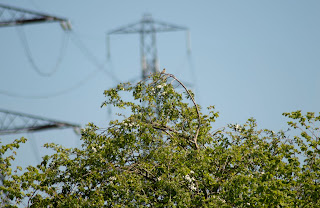 On to the managers garden, it always seems a little odd to see the pumping station so empty of Gulls. We only saw three Gulls all day. At the garden Wrens are nesting in the new part of the hide so that was closed off, it was quiet enough though that we could sit awhile in the other part enjoying the shade. Reed Buntings, Stock Doves, Woodpigeons and Bullfinch visited the feeders, whilst in the surrounding trees we saw a Robin, Wren, Jackdaws and Crows. Suddenly a bird flew down into the hedge from the tree, we hadn't even seen it in the tree.......a Little Owl! A lot of screeching was heard briefly then silence! We stayed in hope it would come back out and after about 20 minutes or so it did but flew across the garden and out of sight in the trees. Pretty cool bird to add to the list! 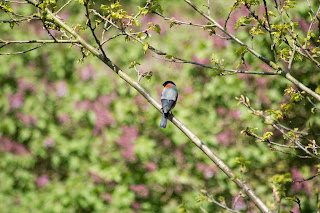 Another Whitethroat (or the same one) was by the pumping station on the way back past. 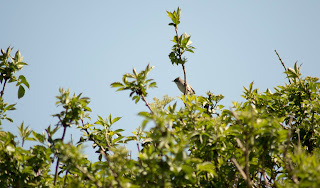 The heat was getting to me a bit now (plus I still struggle with my back still when I'm carrying a bag for any length of time) so we decided to head out. It was good to see so many people on the reserve, lots of children too, it was really quite busy as we were leaving early afternoon. A Song Thrush sang us out of the reserve along with the lovely smell of Wild Garlic. 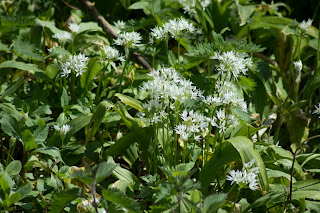 In the end we had 42 Species, I added my two lists to the ebird total. It was a good day and nice to spend the time with my daughter while she's still willing!