Despite Friday's late night we were up and off to Old Moor early Saturday morning. A much better day weather wise, back to warm temperatures and sun.

Now apparently the Bitterns are flying around the reserve at the moment, of course not when we were watching, three times we just missed them. We even sat at the Bittern bus stop for half an hour and stilled missed one that flew up briefly after being mobbed by birds......we'd been tracking a small bird, which turned out to be a Reed Bunting, a beautiful bird............but not a Bittern. Oh well. 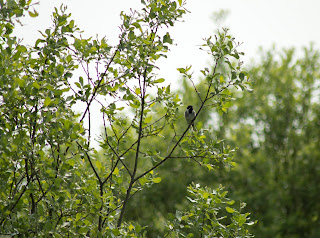 We did see lots of damselflies and butterflies though including my favourite - the Brimstone. 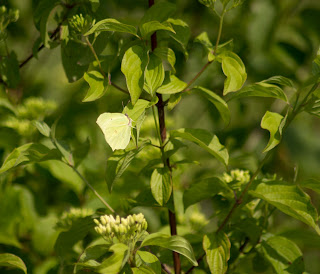 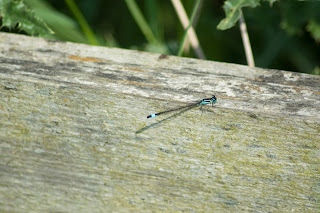 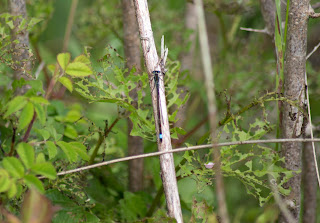 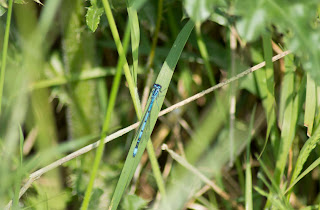 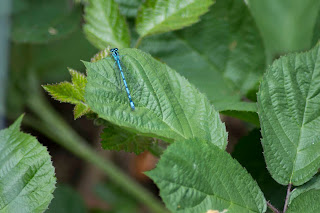 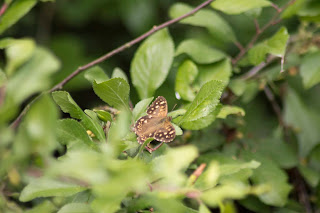 Not sure on these two? 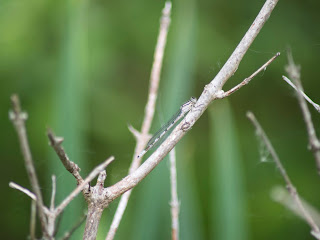 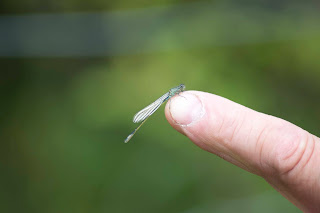 And my first ever Dingy Skipper 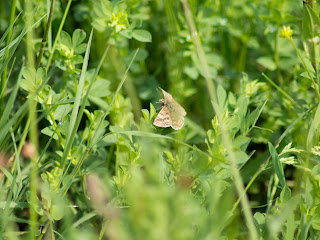 This Heron was in one of the pools 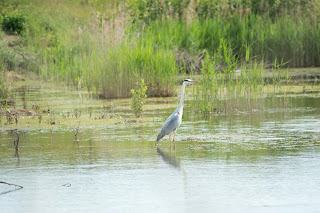 There are lots of Gulls on the reserve, mostly Black-headed, also Lesser black-backed and Herring. The Gulls were spooked at one point but we were too far away to tell by what. 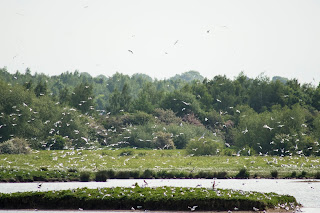 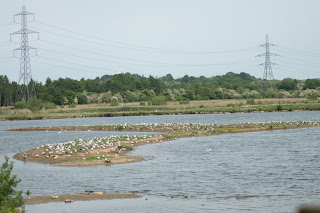 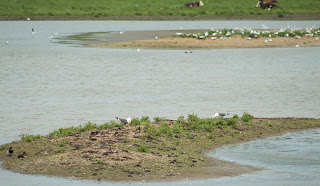 A couple of Shelduck were asleep 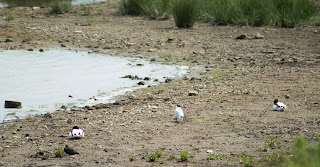 At the Field pool west hide a family thought they had views of a Temminck's Stint, they'd heard at the visitors centre one had been seen but my id skills with waders aren't the best and it was just too distant for good enough views with the binoculars. Luckily a nice chap with a scope came in and he and a second chap who soon followed confirmed it was indeed the Stint and we had a lovely view through the chaps scope! We watched it walk up and down a small strip of sand in the middle of the water, it was only when a Gull landed in the same place you realise just how tiny the birds are.

The Stint is on the tiny strip of sand in the middle of the water!! 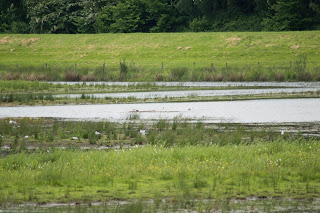 We moved on and discovered an exodus happening from the Wader Scrape hide, I think the family had shown the photos they'd got of the Stint and everyone was off for a look. So the hide was very quiet in the end. We managed to find the two Sanderlings that had been seen on yet another strip of sand, they were again too far for my camera but they were there.......... 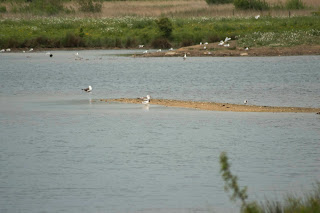 My husband spotted a single Avocet amongst the Gulls. 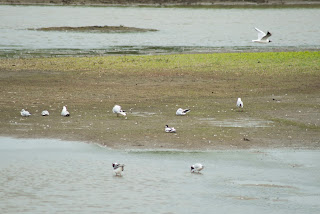 Moving on to the Field Pool East Hide we sat watching a few Tufted Ducks, Gadwalls, Coots and Swans, with a couple of Lapwing flying around off to the side. A chap sat there commented he thought he had a Black-necked Grebe, we got on it and yes it definitely was, a single one, near the back of the pool. It stayed up that end mixing up with the Tufted Ducks. 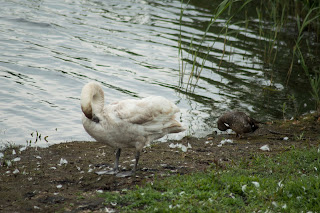 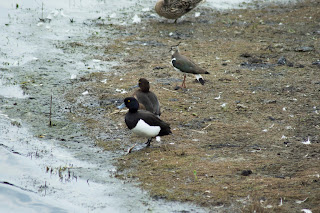 This Coot held a bit of a squabble with some of the birds then displayed it's tail feathers at them all! 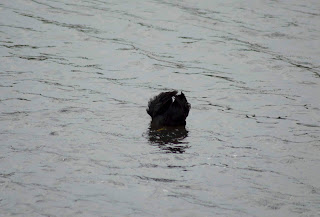 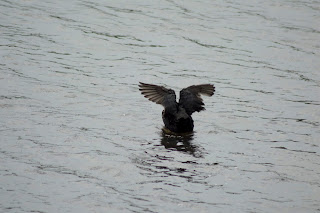 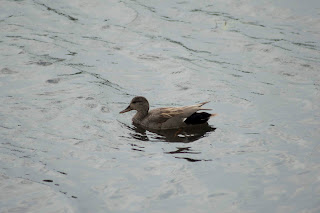 It was I think past lunchtime by now so we had a picnic near the entrance, a Holly Blue flying around the bushes by us as we ate. We had a great morning and I added two lifers to my list! 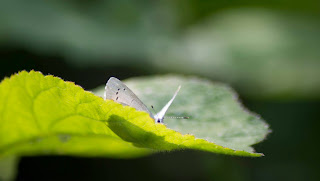 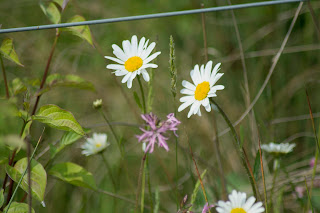 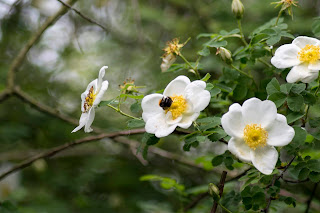