We spent Sunday morning at Fairburn in hope of seeing a Cuckoo. It was still quiet when we got there around 9am, already the sun was shining but the breeze was cool especially on the Coal Tips!

This Pheasant by the feeders was missing it tail feathers. We were too early for the Mallard who were all sleeping! 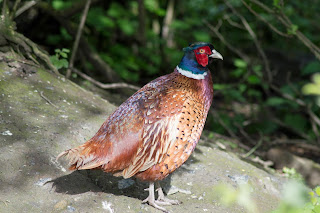 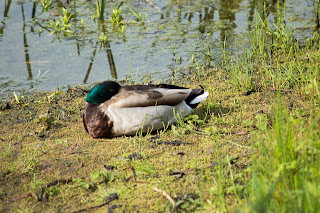 Up to the Coal Tips seeing both Chiffchaff and Willow Warbler on the path up there, a quick look at the Kingfisher screen but all was quiet. At the Big Hole a few Black-headed Gulls, Tufted Ducks and a Canada Goose were on the water. 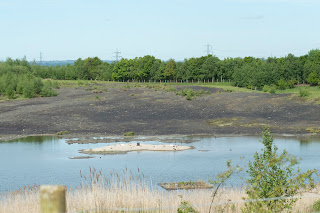 This was on a plant by the path, a beetle.
*Edit - it's an Alder Fly, thanks Louise! 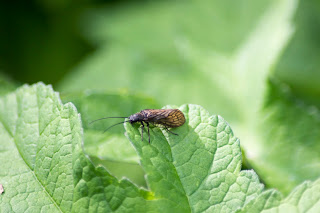 My first Common Tern of the year was flying over the river as we walked up to the Coal Tips, in fact the first of several seen today. A Green Woodpecker flew overhead and a Whitethroat was singing at the top of a tree with Skylarks singing all around. The reeds on the Tips were full of birdsong, Reed and Sedge Warbler, I heard a Bittern booming too. There were quite a few Swifts flying around our heads, I could sit and watch these birds for hours! 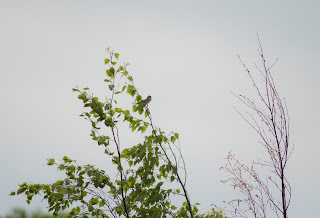 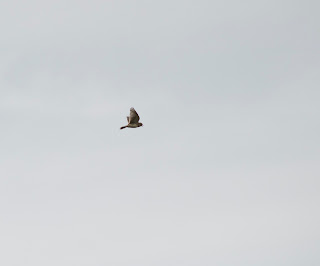 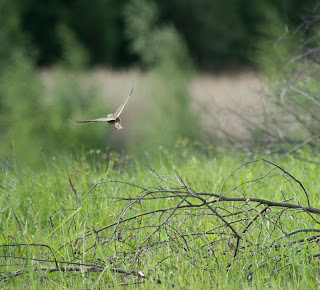 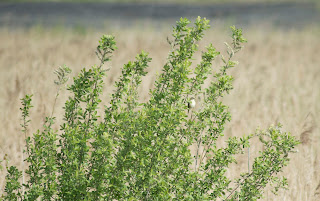 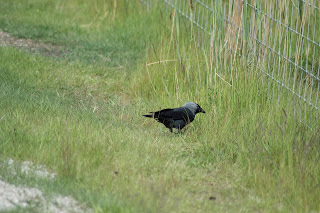 As we were looking down towards Lin Dyke a Grasshopper Warbler kept reeling and a Heron flew past. 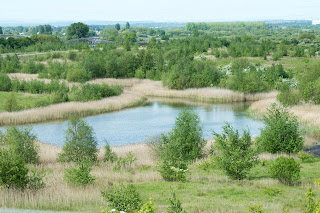 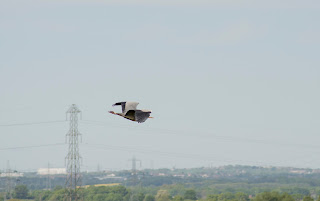 So far though no Cuckoo, we stopped to talk to a guy and he told us he'd seen them around Lin Dyke, he'd got some great photos. So after a cuppa at the visitors centre where we sat outside watching the feeders and listening to a Chiffchaff we went on to Lin Dyke. 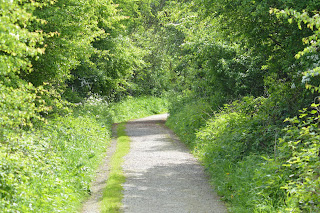 Another Chiffchaff was calling by the gate and we saw several Tits on the walk towards the hide.  From the hide we could see things in the water, which took a few moments to figure out........very large fish, I don't know what sort but there was several popping up out of the water, i've never seen them there before! 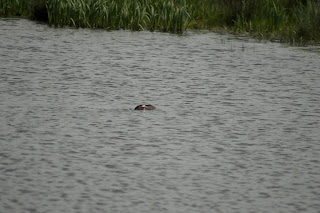 It was fairly quiet bird wise though a Tern flew over just before we left. We walked on past the bridge to look at the pools there and could hear a Cuckoo calling! A Tern and a Black-headed Gull were chasing each other around the water, the Gull eventually flew off and I watched the Tern swooping about. The Cuckoo called again and we spotted it in the trees at the far side of the water. It sat in the top of a tree calling for a while. 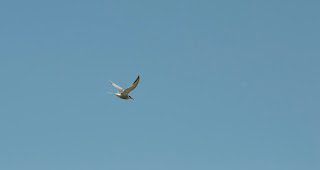 That black dot - a Cuckoo! 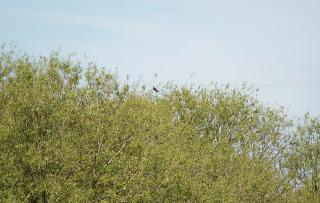 Happy that i'd managed to spot a Cuckoo we made our way back to the car. The path here is great for Butterflies including my favourite, the Brimstone, though we did see quite a few all over the reserve. 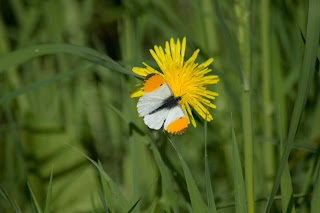 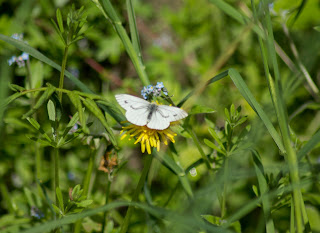 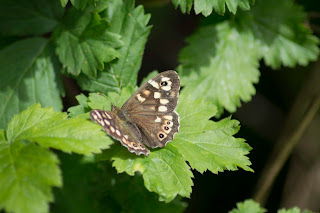 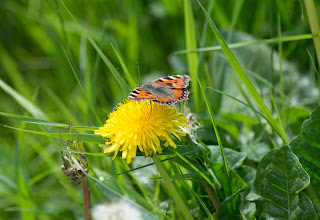 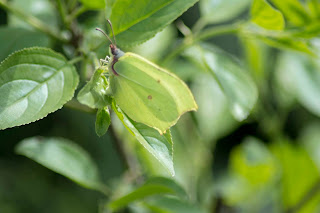 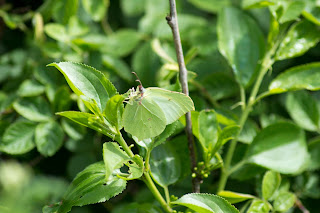 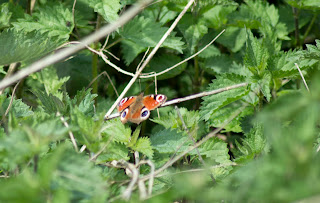 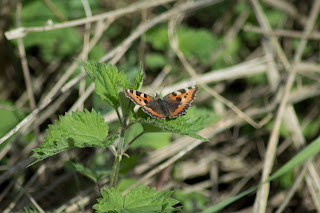 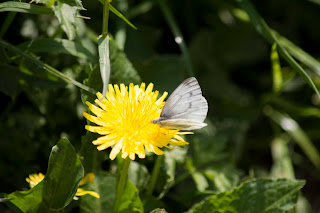 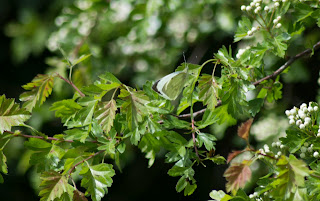 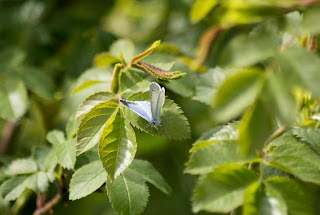 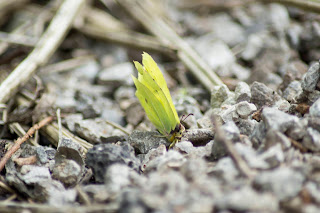