A few more wild ramblings from the past few days

Up at 6.30 as usual. A Great Tit was flitting about in the ivy on the wall surrounding the patio, it’s not often the birds come so close to the house. Lovely way to start the day.

It turned out to be a gorgeous day today, reaching around 23 degrees in the end, which meant we had most of the doors and windows open at work. I could hear the birds singing from my desk for a change. I managed to spend a few minutes watching a Wren in the horse chestnut tree behind work, it flew off into the sycamores still singing, it’s not often I get a chance to do that during the working day. 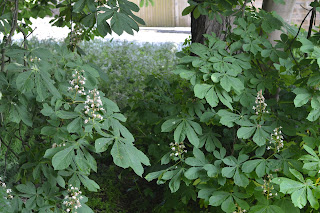 I noticed somebody had posted on a local community group on Facebook about the Red Kite being seen around town. It seems that a fair few people have noticed it, which is good to see.

Back home the Swifts were noisy all evening and I watched 8 of them chase around the houses.

It’s 9.45pm now and a Blackbird is sat singing away in my Laburnum, it’s been there about ten minutes and is the perfect background noise whilst I catch up on Springwatch.

Another glorious day. After reading on Ragged Robin's blog about Morrisons selling bug homes I called in before work and managed to snag one. My daughter has been wanting one for ages, we were going to build a large one but we just haven’t got enough materials together yet. It’s still on the cards!

For now this one will have to do. My husband has put it on the shed but i'm not sure it'll be staying there. 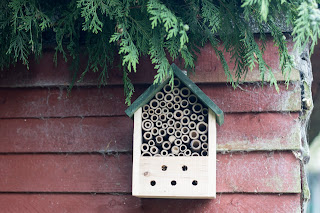 The Great Tit pair are in and out of the garden on the feeders non stop at the moment, they are quite used to us and happily perch on the edge of the coconut feeder whilst we’re in the garden this evening.

My flower bed (well there used to be a flower bed there) is a little wild and pretty much left to it’s own devices now mostly because I have a brown thumb when it comes to gardening. 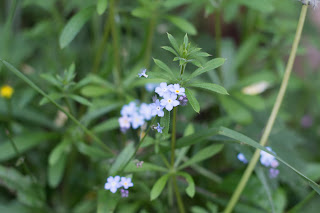 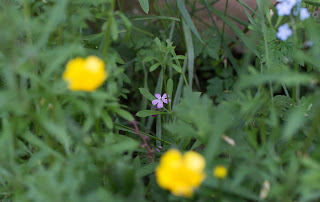 I noticed my mint is covered in cuckoo spit. 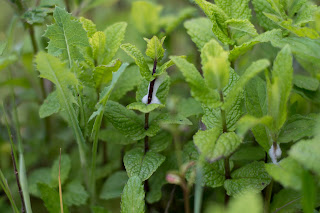 This evening I discovered my Magpie regular has a family, it was sat in one of the neighbours trees with a youngster, they flew off into another tree in the distance with another 3 birds, I think another adult and 2 more young ones. Great news!

The Swifts are noisy tonight, I can here them screaming over the TV as I watch Springwatch.

About 9.30 I saw a flurry of movement out the window and three Blackbirds had landed on the fence, two males and a female. One of the males was chasing the other and they flew up into the air pretty much fighting. Landing in the garden I noticed that the latter was looking rather scruffy and favouring it’s right leg. I could only grab a couple of bad photos as the light was fading and it was through the window but you can see it holding it’s leg up. They all flew off just after, being disturbed by someone walking past. 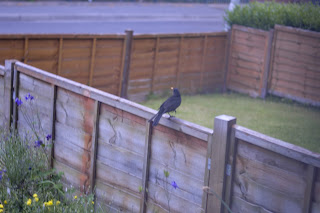 Today life got in the way of everything so I didn’t have time to appreciate much of anything today.

We did move the bug box off the shed and by the patio instead, as yet it looks like it remains empty. 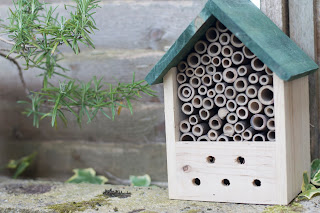 Finally we got the rain overnight and into the day, much needed to take the mugginess out of the air and to give things a good watering. The lavender along my flower bed is covering half the path at the moment and will stay so till the end of summer, it just looks and smells so good and of course is a haven for the the bugs and bees! 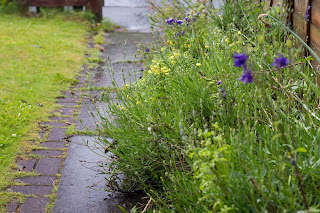 My daughter rescued a snail that had narrowly avoided being stood on as it moved along the path in school, hopefully it carried on into the hedgerow and didn’t turn back around.

Coming out of work I noticed around 20 Swifts overhead, the first time i’ve seen so many here, usually it’s mostly Swallows and House Martins that nest in the nearby farm.

Ended off the day spotting a hedgehog in the garden just as I was closing the curtains. We’ve had them around over the years, usually you can tell as they poop all over the lawn but there’s been no sign for a while so very chuffed to know they’re still here. 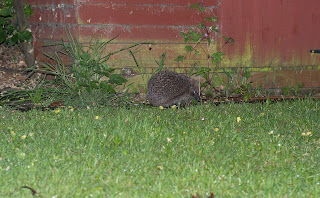 Walking up to the local Asda we saw a Pied Wagtail in the car park of the nearby chippy, it along with a Magpie appeared to be picking at dropped scraps.

Back home we cleared a few snails to the side of the path, there are so many of them about with rain at the moment. A couple of young Starlings were sat on the fence and I watched a Blue Tit and the Magpie on the feeders.

We had to cut the climbing rose, which had climbed to the top of the house, right back earlier this year because there was so much dead wood and already it's coming back strong and the first couple of roses have flowered. Unfortunately or fortunately I suppose, the rose and the several other flowers are plagued by greenfly, it happens every year though this year has been the worst. I’m not really sure what to do about it or if I should do anything at all! 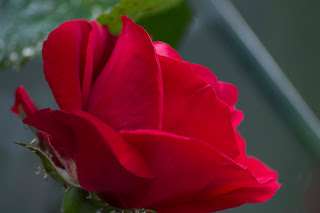