I came to this late somehow, only realising it was happening late Wednesday night. So I had no plans and hadn't thought about it. I had a browse on the website and looked at the inspiration and realised I already do a lot of the things mentioned there. I decided to jot down anything 'wild' during my day.

Mostly it's ramblings and i've been in two minds about posting it at all.

What have I done that’s wild today? Paused for a few moments leaving work to watch a pair of Blue Tits in the trees on by work (missing my bus in the process). Watched the House Sparrows, Woodpigeon and Robin on the feeders in the garden before and after work.

I reported my Kite sighting on the Yorkshire Red Kite website. I watched out for the bat that flies between the buildings over the road from the house but it was a no show tonight.

I suppose it’s the little things. I think there isn’t a day goes by really where even a tiny bit of the wild creeps into my life.

I watched a pair of Great Tits on the feeders in the garden whilst I brushed my teeth.

This morning I walked to work, it’s a good half hour walk covering part of Morley centre, the outskirts of a park, skirting a graveyard and then past farmland to a leafy track down to where I work. I have to say one of the favourite things i’ve seen recently is 4 Crows stood in a circle in the graveyard!

A pair of young Starling were running in and out of the cars in front of me in the supermarket car park. Goldfinch were singing in a tree right by the supermarket doors. I noted the birdsong in the park as I went past, Blackbirds, Goldfinch, Collared Doves. Swallows and House Martins often swoop over the farmland but I only saw a HM today. I took a few photos of the lane down to the office, a Blackbird hopped off the track and over the wall. I could hear Great Tits, a Robin and more Goldfinch, the trees and plants have gone wild recently and it’s all very green. 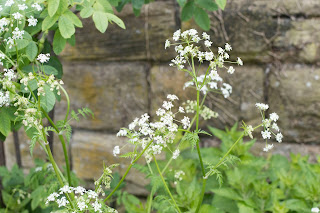 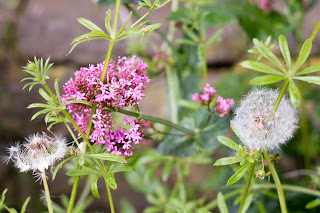 Getting a lift home I spotted a Mistle Thrush that had been on the path in the town centre fly up and land on a shop roof after being disturbed by someone. Nobody else seemed to notice.

At home the feeders had House Sparrows, a Robin and the Great Tits again. There was constant noise from Starlings and Goldfinch in the surrounding trees. 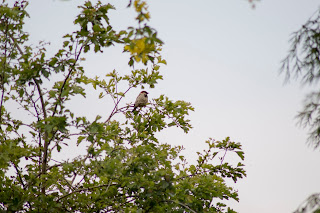 As I type this at about 10.05pm sat on my sofa I can look out the living room window and see the resident bat flying around between buildings opposite. I’m not hugely bat savvy but I believe it’s a Common Pippistrelle and I love to watch how fast it flies and swoops around in the air.

Another walk to work, when I really think about my walk I realise I know every place I pass and what birds I expect to see, Magpies, Pied or Grey Wagtail by the MOT place. House Sparrows, Blackbirds and Great Tits down the ginnel by the care home. More Sparrows, Dunnocks, Starlings, Goldfinch, Blackbirds and the odd BH Gull in Morrisons car park. Swifts flying down the precinct and the resident pigeons huddled under the covered walk way.

Mistle and Song Thrush, Blackbirds, Collared Doves, Robins in the trees along the park and once, just once Waxwings!

Crows, Jackdaws, Woodpigeons and Wrens in the graveyard. By the farm Swallows, House Martins, Sparrows, Starlings, Crows, Goldfinch and if i’m really lucky the Red Kite.

Down the lane to work Blackbirds, Robins, Great, Blue Tits, Robin, Dunnocks, Song & Mistle Thrush, Greenfinch, Goldfinch, Woodpigeons, Collard Doves and it’s the only place in my town i’ve seen a Jay. Squirrels galore too. It’s fantastic for butterflies thanks to the numerous Budleia bushes

I know i’ve missed a fair few birds here but you can see the range on my short walk. Of course I don’t see everything every day but that’s the joy isn’t it, you never know quite what will be around.

Not too much of a wild day. I already had plans today that didn’t really involve being outside. I did get chance to spend some time watching the Swifts before heading out though. 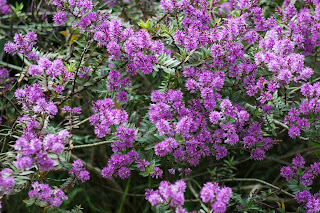 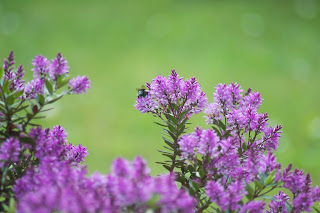 I noticed my Cornflowers have opened, they're one of my favourites. 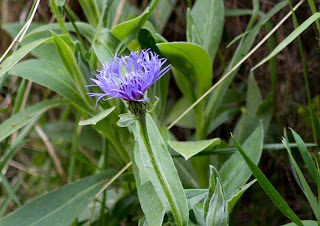 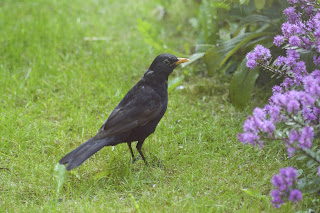 Later on in the evening I was able to show my daughter the bat flying around once it got dusk, she was quite impressed. The sunset tonight was brief but turned the sky pink.

I’m out hanging the washing ( a game of roulette in itself – the perils of having a bird friendly garden, there’s usually at least one item of clothing that has to be rewashed at the end of the day!) at 8am. There’s a Woodpigeon watching from a rooftop, a Blackbird singing on top of an aerial. A Sparrow is chattering noisily from the gutter and another in a nearby tree answers. A lone Swift is flying about overhead and a Black Headed Gull is flying off into the distance.

We took a walk/cycle in the park around the corner from the house not long after and I spotted something a little odd, on closer inspection it turned out to be a nest of the tiniest little spiders, Garden Spiders I think. I watched them for a while and stopped my daughter on her fourth cycle around the football patch to come and have a look. 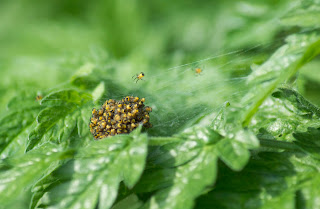 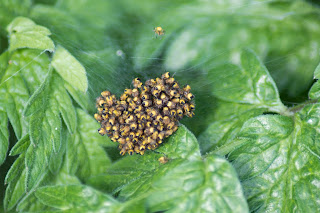 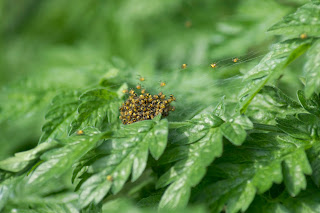 This park is full of Blackbirds and Woodpigeons. A pair of Mistle Thrush fly between the trees and there are House Sparrows too. Goldfinch are constantly on the move, there’s no mistaking their song. 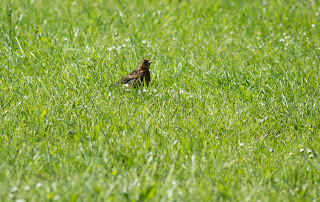 I find a lone plant and as usual my plant skills are lacking, which is something I need to work on. As a child I used to walk all over with my Dad and he taught me so many different plant names, which i’m ashamed to say i’ve forgotten most of. So I did a bit of searching and this is a …… 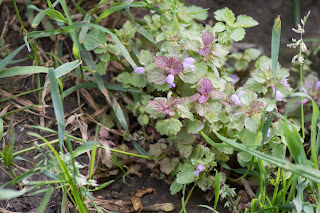 Ok so I haven't found out what it is yet, i'll update when I do!

The park looked lovely in the sun today. 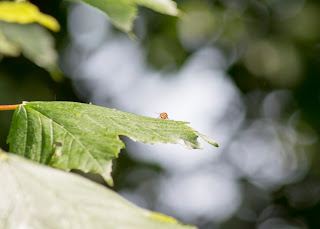 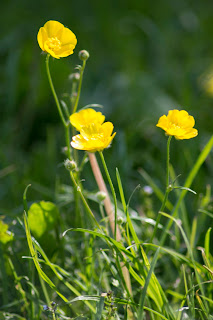 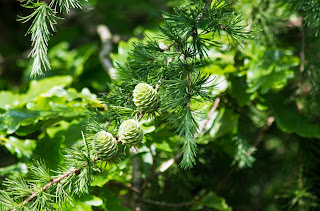 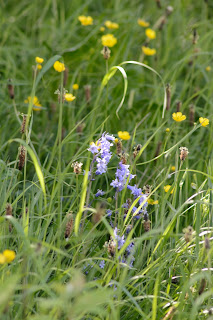 This afternoon brought a treat of a 11 Swifts flying above the garden, i’ve only seen 4 so far but as usual the numbers have now increased and then this evening a came a further sighting of the Red Kite over the house. Excellent! 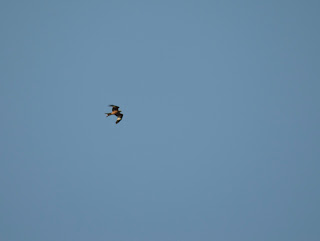