Yesterday I must admit apart from watching the birds on the feeders and the fox in the garden I didn't do much wild. Work is immensely busy right now and I pretty much crashed when I got home.

Today though I made an effort and got out into the woods before work. A Chiffchaff was calling as we walked in and a Blackbird was singing. As we walked down to the pond the Great Tit family were flying all around, the youngsters were into every tree and shrub. A little further along by the stream another family appeared - Blue Tits - around half a dozen possibly more flitting around the trees. 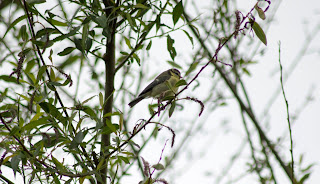 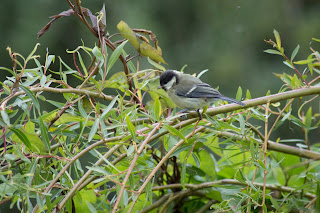 A pair of Bullfinch flew in front of us and I just caught a Thrush before it flew out of sight. Dunnocks were along the path in their usual spot. No sign of the Robins though today. A female Blackcap was caught up in the Great Tit flock as we walked back. We also noticed 3 or 4 Stickleback in the stream, I knew they were in the pond but hadn't seem them there before, there's not a lot of stream for them to swim in! 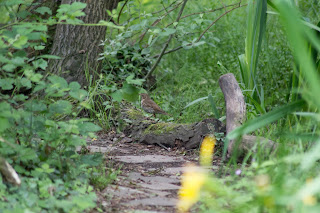 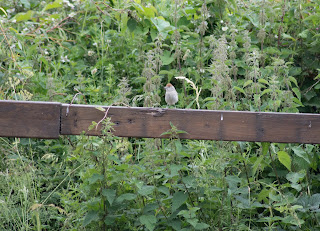 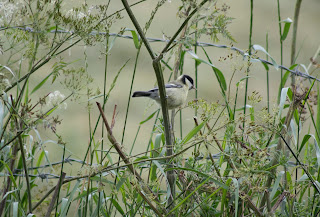 As we were heading out my husband saw a Great Spotted Woodpecker in one of the trees, of course it flew off the second I got the camera on it! Still it was a new patch tick, I've only seen one on the patch before and that was several years ago.

Great way to end the walk! 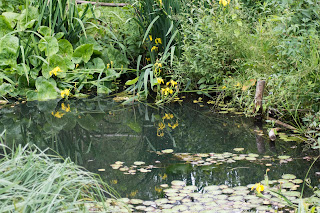 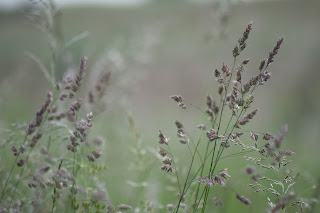