Sunday meant a little shopping in Leeds city centre but we decided to take a picnic down to the waterfront by Granary Wharf to enjoy the sun and make the most of the greener part of the city centre!

I didn't have my proper camera with me but I got a few photos. Walking through to the wharf we saw this Sparrow picking bugs out of the cobwebs.... 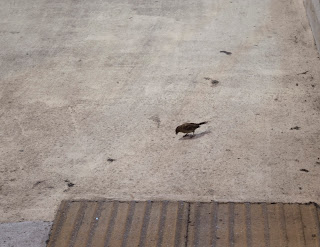 ....that were in this ceiling! 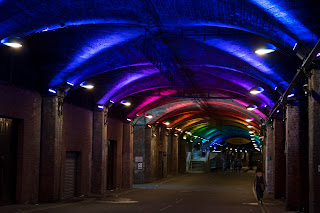 A barge was heading into the lock and we watched the water fill up for a while. 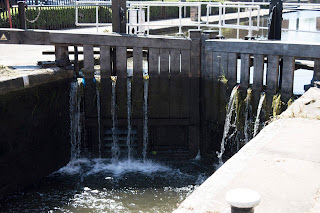 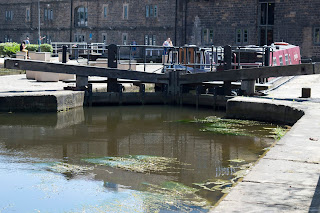 It was busy but not too bad and we had a shady spot to eat. I noticed there were fish near the top of the water and when we walked round they were everywhere. I saw a few blue damselflies too but couldn't get a good photo. 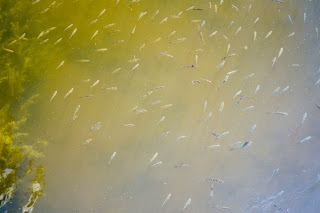 There is a nice long walk along the canal that would eventually take you on to Rodley Nature Reserve and beyond but we didn't even attempt any of it, it was far too hot. 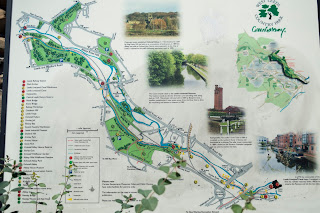 Instead we walked back the other way behind Asda House. We saw Sand Martins, they're nesting in the walls along the water, Herring and Black Headed Gulls were flying up and down too. 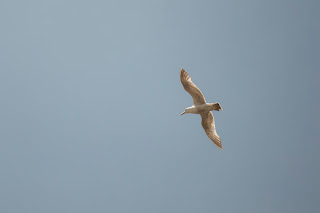 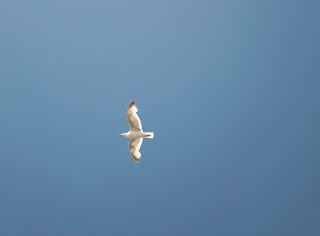 At the end of the path the wasteland was covered in Poppies, lovely bit of colour. 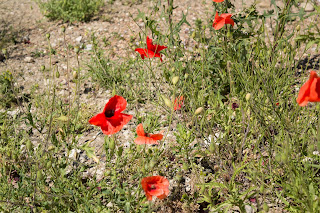 Today I had a quick walk around the woods, a Chiffchaff was singing near the pond, the Great Tit family were around there too. I saw Blackbirds and a Dunnock with mouthfuls of food. 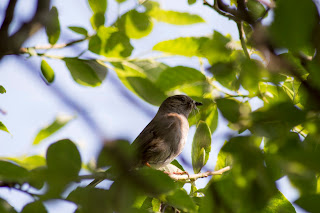 I saw a pair of Long-tailed Tits in the trees, first ones i've seen in some time so I was pleased to spot them.

The flowers are out on the brambles now and they were full of bees and Speckled Wood butterflies. 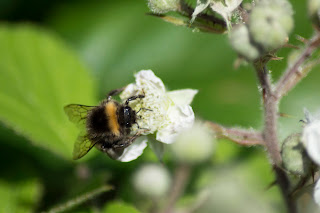 I love these little moments before I have to go into work.

The last couple of weeks my daughter has kept telling us she'd seen a Buzzard on the way home from school, she managed a unidentifiable picture on her phone and is adamant  it wasn't our local Red Kite. She does know her Kites from her Buzzards........but i've never seen one around town here ever. Today I got text from my husband.......what has he seen sitting on top of the mill over the road from our house........only a Buzzard, it wasn't there long and flew off in the direction of the school!! And i'm at work and I miss it! My daughter was right all along....I should have had a little more faith in her id skills.....shh don't tell her!
Posted by Pam at 21:47