I've been a little lax with posts the past few days, it's not that i've not being doing anything it's just there's not been enough time in the day to post about it!

Saturday was Leeds 2nd Birdfair and we headed over in the morning to check it out. It was already busy with people arriving when we got there around 10 so we decided to walk around the hides first.


A Sedge Warbler was singing outside the lagoon hide, flying about in the grass putting on quite a show! 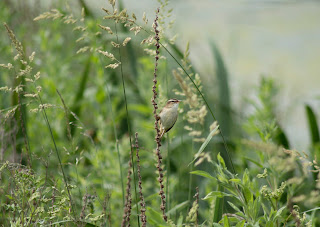 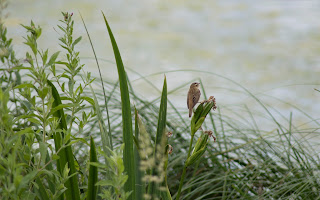 I could see Great Crested Grebe chicks across the lagoon, they're quite big but the stripes are just still visible. A Cormorant was stood with it's wings spread on one of the islands. A Black Headed Gull flew up from one of the rafts and chased a Heron right off the lagoon, I noticed it had a least one chick on there. In front of the hide a Coot and two chicks were picking at the algae. 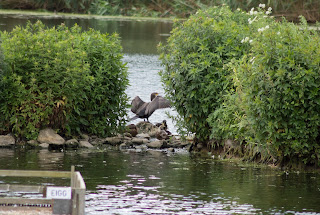 In the trees by the willow path Great & Blue Tit youngsters flew about. A Reed Bunting and Robin were on one of the feed tables.

My daughter spotted several Damselflies as we walked around the reserve, there were quite a few about though not many at the actual dragonfly ponds! 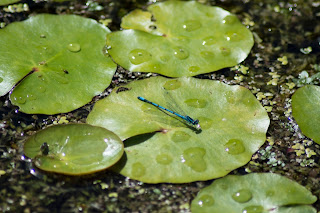 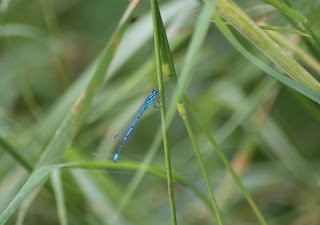 I did however spot a Reed Warbler at the edge of one of the ponds, of course it stayed just enough out of sight I couldn't get a good shot, we stayed and watched till it flew off. 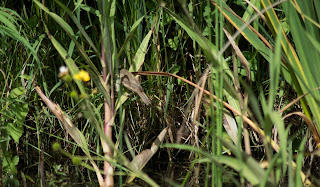 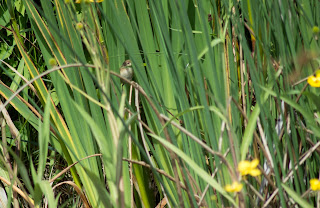 We walked through the hay meadow for the first time in years! We were buzzed by Swallows and Ringlet Butterflies at every turn. I didn't realise there was a viewing screen part way around either, there was not a lot to see but we could hear a Chiffchaff calling. A Large Skipper was hanging on a leaf, the only one we saw all day and a Meadow Brown was hidden in the grass. 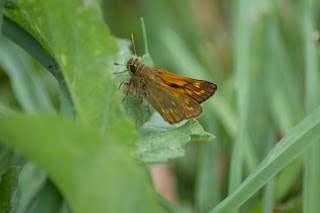 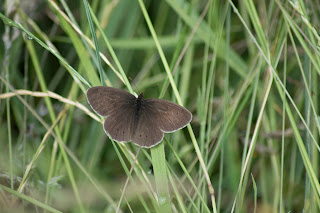 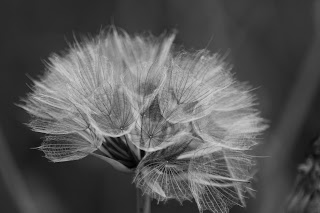 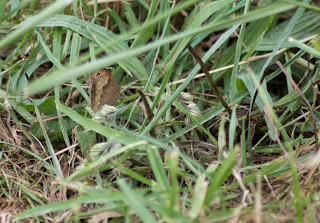 On to the visitors centre for a much needed cup of tea and we also got a couple of Canadian molasses cookies that someone had home baked for the fair. I didn't take a photo because I ate them too fast, they were absolutely delicious, I ate my daughters too as she wasn't keen! We wondered around the stalls and had a chat with the local RSPB group with a view to joining. The practicalities of me getting to regular meetings at the other side of Leeds aren't great unfortunately but i'm going to look into it further as the trips are appealing. 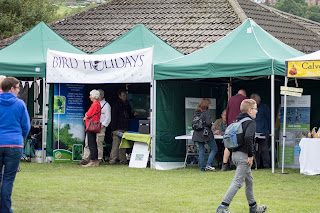 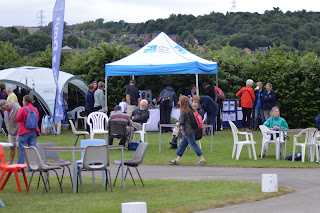 I managed to restrain myself and only bought one book from the book stall and my daughter picked out some jam from the Calverley Beekeepers as we got some last year and she loved it. After a couple of jacket potatoes from the food stall, where the people were working flat out serving food we had a walk up to the managers garden.

A detour off round the Poplar field where we saw more Ringlets and several bees. 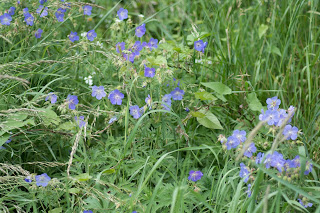 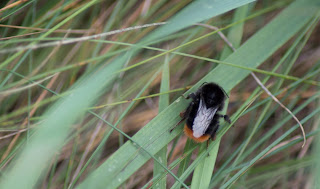 We sat at the garden for a little while and watched Jackdaws and around a dozen Stock Doves, the most i've ever seen in one go before, possibly some juveniles there? A loud noise signaled the arrival of 3 Jays, I think a couple of youngsters and an adult, the feathers were sticking up on two of the birds heads. 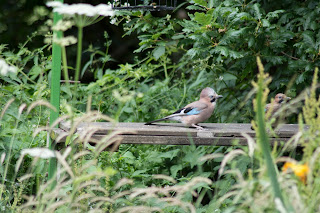 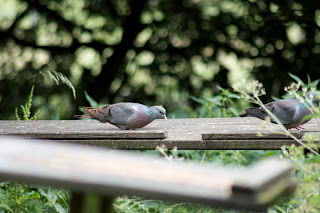 Unfortunately we had to leave just after lunch, I wanted to stay for the Birdsong walk but we had other plans. Roll on next years!