Yesterday I spent time at my parents and managed a quick walk around their garden in between the showers. The trees are full of plums and cherries and they have lots of strawberries too. They leave the cherries for the Blackbirds but we all get a share of the rest! Bees have taken up residence in the compost bin so they've stayed away and let them be, I could see plenty of them about on the Cotoneaster but they were constantly on the move. 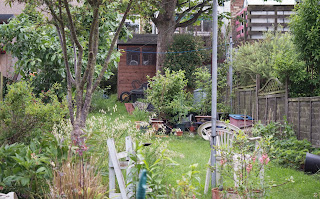 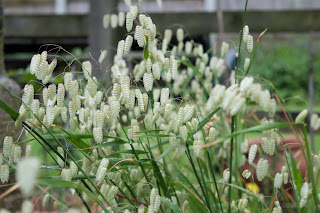 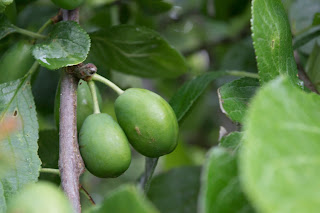 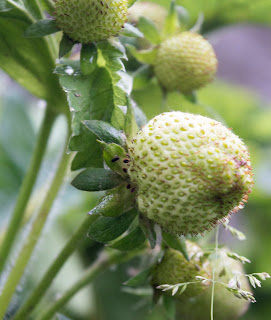 This morning I was up and off for a walk around a couple of the parks in Morley. I saw a few Swifts on the way. There were lots of branches and twigs on the ground, the trees here took quite a battering in the winds this week. Still there were plenty of birds and some were making use of the twigs lying about as I saw Woodpigeons and Song Thrush nest building! 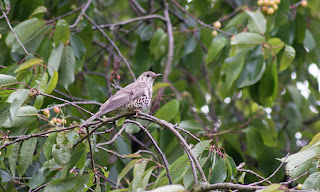 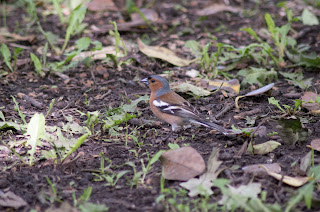 In both parks I saw Blue Tit fledglings, but they were pretty well hidden in the trees. You can't mistake the noise though. 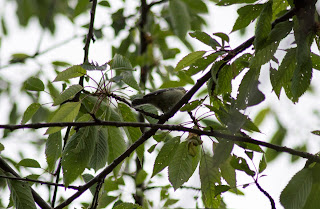 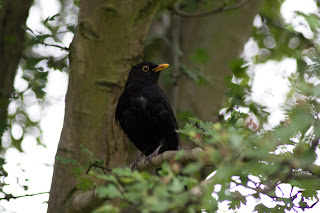 Back home and a pair of Collared Doves landed on the top of the feeder, they take a while to make the decision to actually go on the seed tray. This one ended up sliding down the piece of wood we have propped through the feeder and used it's tail feathers for balance whilst it ate. 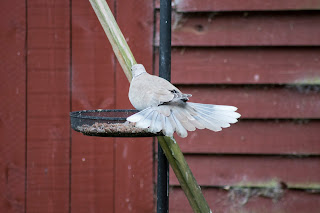 The Lavender is blooming at the moment, it was covered in Cuckoo spit mid week and it looked gorgeous in the sun this evening. The yellow plant was already there when we moved in and we've just let it, it's spreading up and down the flower bed and looks great with the purple of the Lavender, I don't know what it is though! 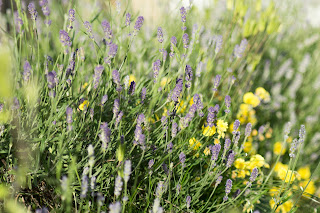 Just had a lovely moment watching the fox from the open patio doors, a few feet away at the feeder, it kept an eye on me but seemed quite happy to eat there.