The weekend was a bit of a blur, I spent some of it in Manchester and had mainly caught a little wild from the hotel window in the form of Herring Gulls and Crows. Of course the motorway there and back brought Buzzards, Kestrels and a Red Kite. I even spotted a Deer munching happily on an embankment seemingly oblivious to the masses of traffic going past.

It was the Garden BioBlitz too at the weekend but I just didn't have the time to do a full on blitz though it's something I'd really like to do. The garden has been taken over in a few spots by self seeded plants and is full of bugs. 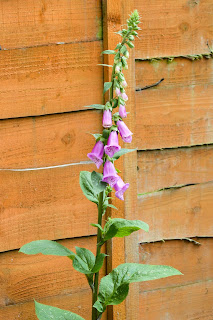 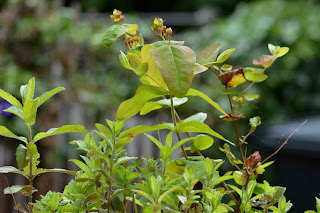 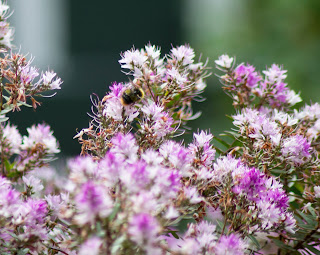 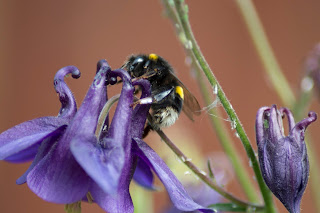 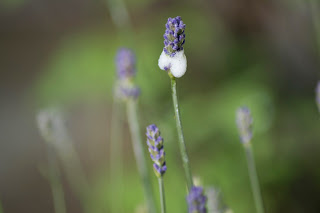 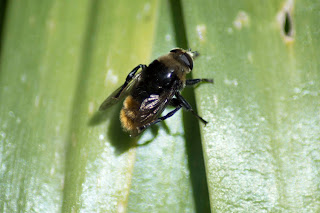 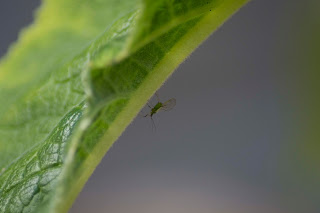 It also has regular visits from Hedgehogs, usually one comes in an hoovers up the food under the bird feeder but last Thursday we had two. They've made use of the water dish we put out for them too. 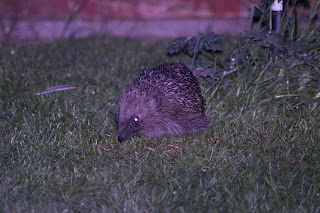 After watching Autumnwatch (I think) and seeing Chris Packham talking about how even putting a pond the size of a washing up bowl would work in a garden, we decided to give it a go. I say we, me and my daughter, my husband is skeptical (though he did the digging for it)l! I went a little bigger than a washing up bowl but not much as there isn't really a lot of space for one. It still needs some work around the edges. 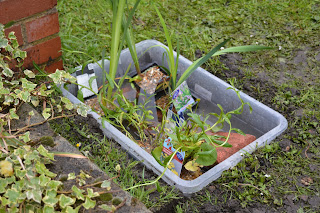 This is what it looked like three weeks ago, Sunday I discovered the first signs of life in it. I had to check what they were - Mosquito Larvae - mostly they look like swimming cloves from a distance and they weren't quite what I was hoping for but it's good food for other creatures right?!

This Hoverfly spent a lot of time hanging around the pond. 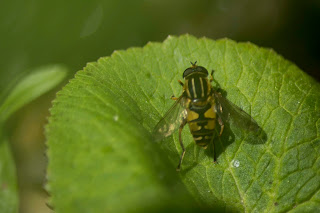 It's just about dark now and i've realised I haven't taken a proper photo of the pond since we put it in so that'll be my plan for tomorrow.

Monday was a little wet to say the least. Still I walked through the park to work (then jumped on the bus for the rest of the journey). A family of Blackbirds were splashing in a puddle, I think there were 3 young ones. So Monday was a bit of a wash out all round. More effort is needed tomorrow.
Posted by Pam at 22:00